Delve into the truths about God and about man’s relationship with Him. Discover one of the major barriers to experiencing all of His promises. Learn to distinguish between God’s character and His acts, contrasting the Old Testament with the New Testament. This course covers The Nature of God and Hardness of Heart. First of a two-part series. 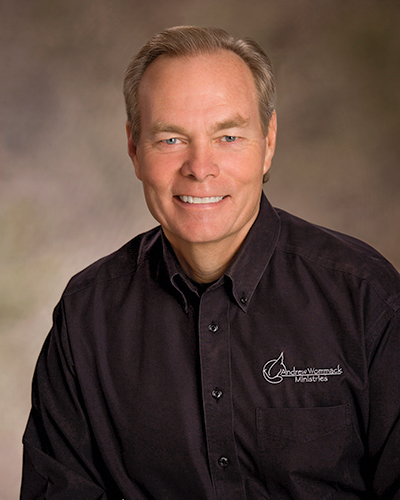 For more than four-and-a-half decades, Andrew has taught God’s Word with clarity and simplicity, emphasizing the unconditional love and grace of God. His vision is to spread the Gospel as far and deep as possible through his daily Gospel Truth television and radio programs, broadcast nationally and internationally. Andrew founded Charis Bible College in 1994, which has since grown to include more than seventy locations worldwide as well as a Charis Distance Education program. Andrew brings the simplicity of the Word of God and the revelation of grace into every classroom. Sharing from his decades of study in Scripture, Andrew is able to teach the Word in a powerful and practical way. Students can expect to receive the truth of the Word from someone who has lived out everything he teaches.

“I realized that I still had areas where my heart was hardened. This course really opened my eyes to some very subtle pockets of unbelief that still exist in my heart, and I am thankful for that.”

“Relationship with God I & II truly opened my eyes to biblical truths about hardheartedness and unbelief. The LORD loves us immeasurably, and He is truly blessing me to grow in the grace and knowledge of Him so that I am effective and effectual in serving Him.”

“This is one of the courses that has really helped me take my relationship with God to the next level. Better understanding of who He is and how much He loves me.”